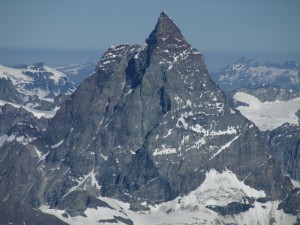 The HIGH altitude CArdiovascular REsearch in 2010 took place on the Italian Alps (HIGHCARE-ALPS 2010). On this occasion, our aim was primarily to further investigate the gender differences in the adaptation to high altitude hypoxia, and to explore the mechanisms of action of acetazolamide underlying its efficacy in preventing acute mountain sickness.

Sex hormones are thought to play a relevant role in the pathogenesis of several cardiovascular and respiratory conditions (e.g. the cardiovascular consequences of hormonal derangement after menopause, and the gender differences in the prevalence of sleep disordered breathing in the general population). Hypoxia elicits significant cardiovascular and respiratory responses, and data are available supporting the hypothesis that males and females adapt differently to high altitude, even if this issue has not been fully explored, and its mechanisms are still largely unknown. In this context our previous observations that males are clearly more affected by periodic breathing during sleep at high altitude seem of special interest.

On the other hand, nowadays some established therapies are available for the prevention and treatment of acute mountain sickness (AMS) and of its possible and feared complications (high altitude pulmonary edema – HAPE, and high altitude cerebral edema – HACE); perhaps the most studied drug is acetazolamide, a carbonic anhydrase inhibitor. However, the precise ways through which acetazolamide acts are generally considered to be complex, and still not completely understood. Revealing the mechanisms at the basis of its protective role during hypoxia exposure may be of value in the perspective of a broader clinical application of acetazolamide beyond acute mountain sickness (i.e. as a possible treatment for chronic cardiorespiratory conditions characterized by hypoxia exposure, such as heart failure, pulmonary diseases, and obstructive sleep apnea).

To achieve our goals, we performed a double-blind, randomized study (acetazolamide 250 mg po BID vs placebo). We enrolled about 40 healthy subjects that were tested both at sea level and in a high altitude laboratory on the Italian Alps (Capanna Regina Margherita, 4559 m a.s.l.).

Some of the preliminary results of this complex and multidisciplinary study have been already presented at international congresses or are under publication.