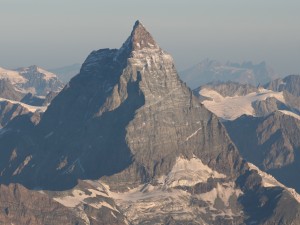 The HIGH altitude CArdiovascular REsearch in the Alps (HIGHCARE-ALPS) in 2004 aimed to explore some of the mechanisms at the basis of high altitude pulmonary edema (HAPE) and high altitude-induced pulmonary hypertension.

The pathophysiology of Acute Mountain Sickness (AMS) is still largely unknown, even if it is clear that high altitude hypoxia plays a central role in priming maladaptive mechanisms in the human body manifesting as AMS. Symptoms of high altitude illness may progress from mild AMS to other more severe forms, namely High Altitude Cerebral Edema (HACE) and HAPE. HAPE is a life-threatening form of noncardiogenic pulmonary edema characterized by pulmonary hypertension. Pulmonary hypertension enhances the pressure that forces liquid across the endothelium into the alveolar space and it is thought to play an important part in the pathogenesis of HAPE.

Endothelin-1 (ET-1) is known to play a key role in regulation of pulmonary vascular tone and  fluid homeostasis, promoting pulmonary arterial vasoconstriction and sodium retention respectively. Plasma ET-1 concentration was found to be increased at high altitude and subjects susceptible to HAPE have higher venous ET-1 plasma levels than mountaineers resistant to this condition. Non-selective ET-1 receptor blockade (bosentan) has been shown to results in an improvement in exercise capacity in patients with Pulmonary Arterial Hypertension.

With this background, in this study we aimed:

2) to assess the safety and efficacy of Bosentan to prevent pulmonary hypertension and sodium retention in acute mountain sickness.

We were thus able to show that at altitude, bosentan induced a significant reduction of systolic pulmonary artery pressure and a mild increase in arterial oxygen saturation versus placebo after just 1 day of treatment. However, both urinary volume and free water clearance (H2OCl/glomerular filtration rate) were significantly reduced versus placebo after 2 days of ET-1 antagonism. Sodium clearance and segmental tubular function were not significantly affected by bosentan administration.

Our findings indicate that the early beneficial effect of ET-1 antagonism on pulmonary blood pressure is followed by an impairment in volume adaptation. These findings must be considered for the prevention and treatment of acute mountain sickness.